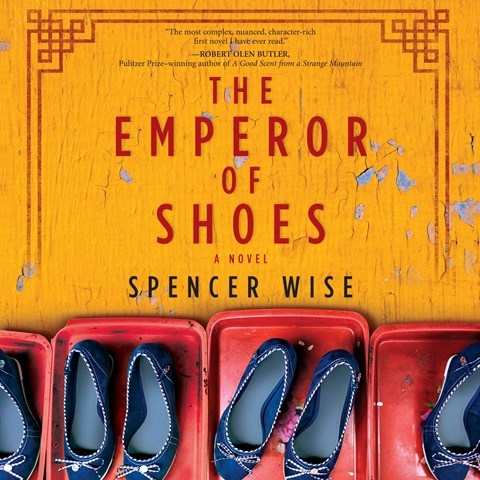 THE EMPEROR OF SHOES

Narrator Josh Bloomberg brings listeners a novel listening experience with a Chinese shoe factory as a backdrop. He portrays Alex Cohen, a 20-something Jewish American who is trying to live up to his family's legacy. Capturing Alex's lack of sophistication in a jovial tone, he plays up the stark juxtapositions in the first half of the story. As Alex begins to learn more about Ivy, one of the seamstresses in the factory, and the general abuse suffered by factory workers, Bloomberg's tone grows somber. Will Josh throw in his lot with Ivy and her compatriots? Or will loyalty to his family win out in the end? Bloomberg gives a sympathetic and warm depiction of a young, rebellious American coming to terms with a way of life he's not seen before. M.R. © AudioFile 2018, Portland, Maine [Published: JUNE 2018]