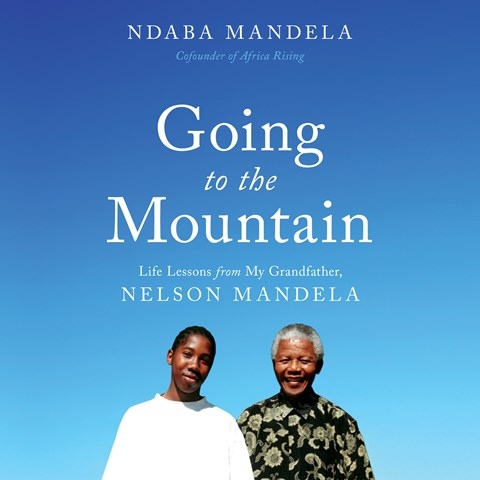 GOING TO THE MOUNTAIN Life Lessons From My Grandfather, Nelson Mandela

Ndaba Mandela introduces his own story, then hands the narration over to Michael Boatman, whose melodious, skillful recitation quickly draws listeners in. “Going to the mountain” is the English translation of the Xhosa coming-of-age rite, which Ndaba undertook—in more ways than one—under his famous grandfather’s watchful eye. Ndaba was a mere child and his grandfather little more than a stranger at the time Ndaba was sent to live with him. Boatman helps us feel the awe of this little boy before his towering grandfather, then later the rebelliousness of the teenaged Ndaba, chafing beneath his grandfather’s high standards. Above all, Boatman captures the wonder and gratitude of Ndaba the man for a coming-of-age he realizes, in retrospect, was an extraordinary gift. K.W. 2018 Best Audiobook © AudioFile 2018, Portland, Maine [Published: JULY 2018]