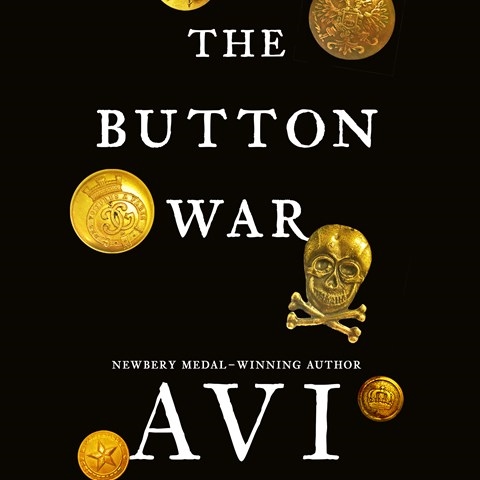 THE BUTTON WAR A Tale of the Great War

by Avi | Read by Will Ropp

Will Ropp's restrained narration captures the personalities of small- town Polish boys caught between opposing Russian and German forces during WWI. Avi's bleak novel exposes the brutality of war, not only among nations but also among the village boys who succumb to the bullying dares of Jurek, who will do anything to obtain the best button and rule over them all. Patryk, the young narrator of the story, knows this game is dangerous and wrong, yet still he capitulates. Ropp chooses contemporary American-accented speech to tell this story, distinguishing the boys with variety in pitch and pacing and using a particularly appropriate nasal tone for the sociopathic Jurek. A grim but compelling look at the underside of human behavior. S.G. © AudioFile 2018, Portland, Maine [Published: JULY 2018]