Home»Reviews»THE PATH TO THE SPIDERS' NESTS 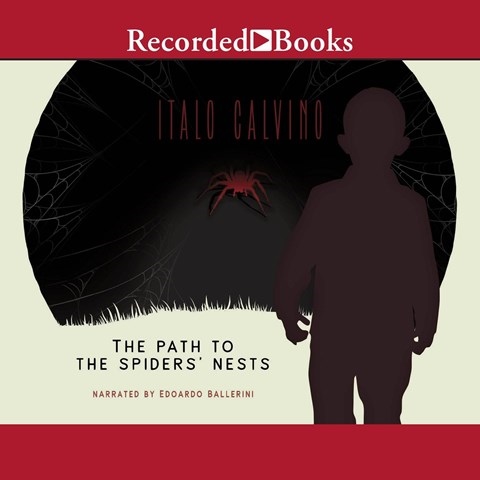 THE PATH TO THE SPIDERS' NESTS

Narrator Edoardo Ballerini gives a scintillating performance of Italo Calvino's (1923-1985) first novel. The novel tells the story of Pin, a cobbler's apprentice in Italy during WWII who becomes involved with a group of partisans. Pin's perception colors our image of each character--from grotesque to erotic to cruel. Ballerini inhabits each character so deeply that we forget he's there. Voices not only change, they also identify who's speaking without any attributions needed. Calvino was 23 when he wrote this, and in this third edition we hear his preface explaining why he made adjustments to the original. Ballerini's Italian accents are varied and perfect, and his delivery of Calvino's self-reflective preface offers valuable insights into one of the finest authors of the twentieth century. S.J.H. Winner of AudioFile Earphones Award © AudioFile 2018, Portland, Maine [Published: OCTOBER 2018]