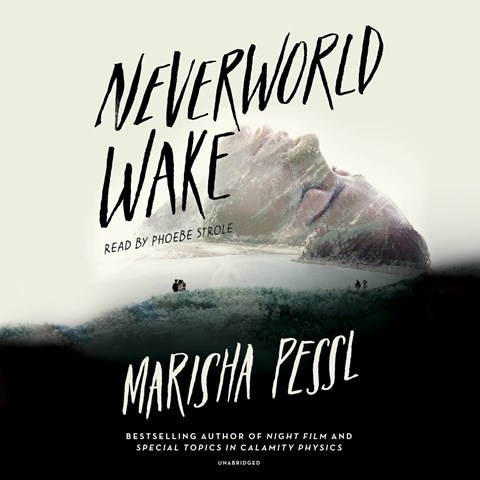 Narrator Phoebe Strole's youthful voice guides listeners through Pessl's paranormal young adult thriller. A year after their friend Jim died in mysterious circumstances, five young people are hit by a drunk driver and arrive in the Neverworld Wake, a purgatorial in-between where they're allowed to choose, by voting, one person to survive. Until they reach a consensus, they repeatedly relive the 11 hours of the Wake, and they decide to use the infinite time to investigate Jim's death. Strole's expressive performance complements Pessl's larger-than-life characters, including a disaffected heiress and a drawling Southerner who refers to his teenage peers as "child." Strole expertly balances her pace and intensity to keep listeners on the edge of their seats without losing the thread of the complex plot. E.C. © AudioFile 2018, Portland, Maine [Published: JUNE 2018]