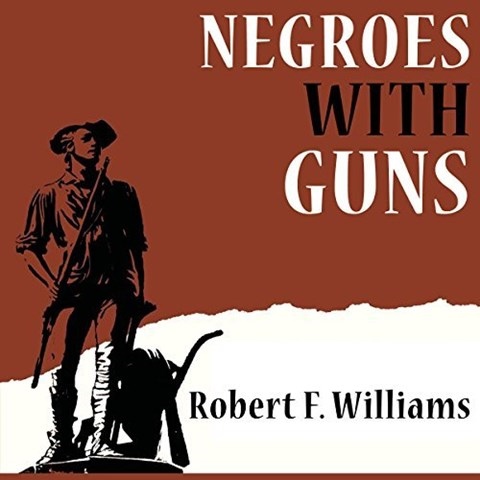 This book was originally published in 1962. While the history of the Civil Rights movement largely focuses on the nonviolent protests of its many great leaders, Williams details his position at the time that African-Americans should be prepared to fight for their freedom. Narrator John Riddle's deep voice and light drawl capture Williams's words as he recounts attacks upon blacks carried out by whites in the South, particularly the Ku Klux Klan. He believed these attacks justified violent resistance as opposed to the passive resistance advocated by Martin Luther King, Jr., and others. In his performance Riddle walks a fine line between expressing Williams's frustration and slipping into angry tones. L.E. © AudioFile 2018, Portland, Maine [Published: JULY 2018]