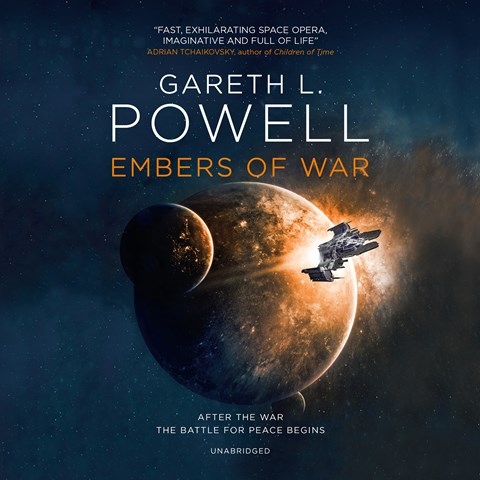 It takes a village in this space-opera audiobook, the first volume in a new trilogy that examines the impact of war. Set in the aftermath of a devastating war, the story is ostensibly about a rescue mission after a civilian ship goes missing. But everyone involved gets caught up in secrets, oh so many secrets. The five narrators alternate chapters, voicing the rescue mission's captain, an intelligent warship turned rescue vessel, a war criminal turned poet, a disillusioned spy, and an alien mechanic who can't figure out these humans. The commonalities that come through their stirring performances are world-weariness and regret--and, in the end, hope. This series shows great promise, with its detailed surface barely scratched in this intriguing first novel. D.E.M. © AudioFile 2018, Portland, Maine [Published: OCTOBER 2018]