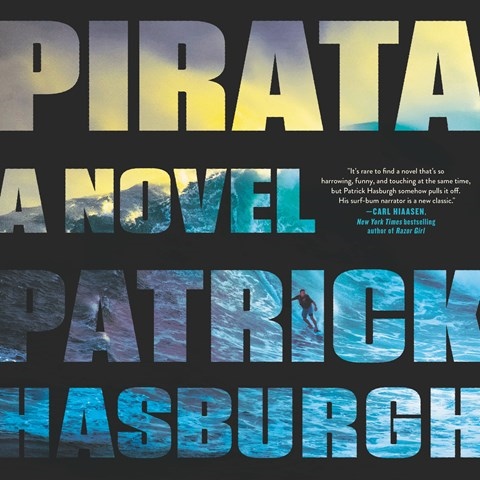 Nick Lutz is an expat living in a sleepy Mexican surf town whose eye patch is the only apparent sign of the attack he suffered in his previous life in California. Narrator Charlie Thurston portrays Nick eloquently--surely a heavy-drinking surf bum would not be this articulate, but, happily, the listener is spared the surfer dude clichés. Nick helps a fraught woman dispose of the body of her abusive boyfriend and precariously creates a cobbled-together family with her teenage sons. Thurston narrates most of the voices with a straight delivery, lending an accent to the Mexican police during their probing questions about the gringo body that washed up on the shore. Even listeners who don't surf can enjoy Thurston's lyrical treatment of the poetic descriptions of hanging ten. N.M.C. © AudioFile 2018, Portland, Maine [Published: SEPTEMBER 2018]