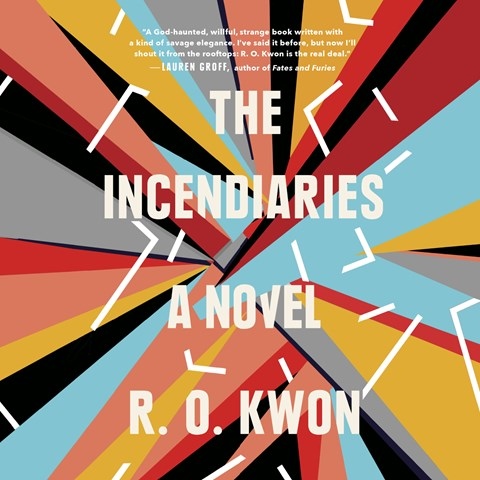 With such a volatile title, it's surprising that this audiobook remains rather still in its narration. Keong Sim's performance is sleepy, halting, and easily dismissed instead of creating the momentum the story itself demands. The novel contains threats such as domestic terrorism, vanished love, and extremist cults. Such drama should be compelling. Indeed, the story itself should readily propel the listener, but Sim's pace remains inconsistent and her tone too level; the result is vague and unfocused. Sim is an able performer when it comes to pronunciation and enunciation, but, overall, the audiobook fails to leave a lasting impact on the listener. L.B.F. © AudioFile 2018, Portland, Maine [Published: JULY 2018]