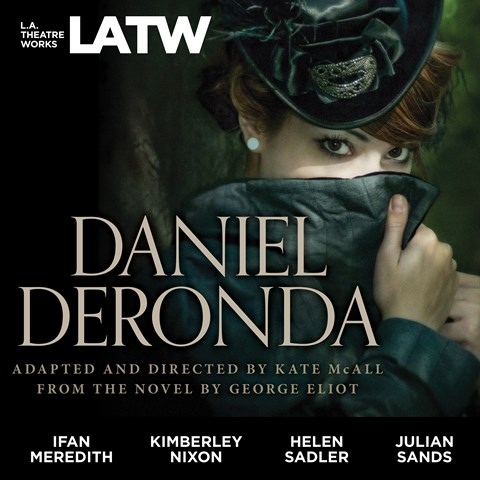 Up-and-coming British actors Kimberly Nixon and Ifan Meredith take the lead roles in what first appears to be a nineteenth-century melodrama about the meeting of a bright, ambitious young woman with limited means and an upper-crust young gentleman who saves the day. However, beneath the surface of the story, Victorian novelist Mary Anne Evans, better known as George Eliot, had a much more serious topic in mind--the condition and limited opportunities of Jewish people in mid-nineteenth-century Europe. Backed by an outstanding L.A. Theatre Works cast, BBC writer/producer Kate McAll did a fine job distilling Eliot's 1876 portrayals of Zionism and interfaith relationships into a lively, entertaining, and educational production. B.P. © AudioFile 2018, Portland, Maine [Published: AUGUST 2018]