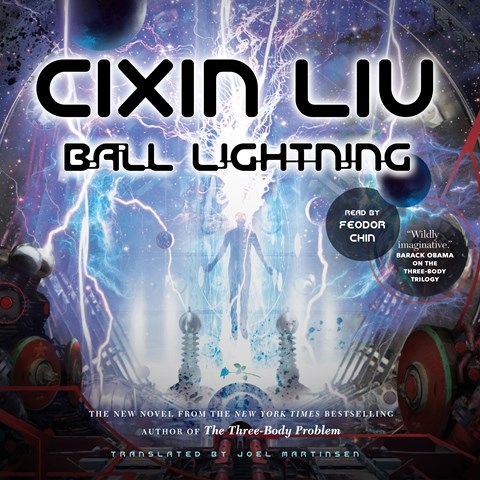 Using a half dozen accents, narrator Feodor Chin brings his video and computer game voice-over experience to the fore. Hugo Award-winning novelist Cixin Liu's military science fiction explores what might happen if the rare natural phenomenon of ball lightning were harnessed. Could it be used as a potent energy source or possibly as an unstoppable superweapon? The novel is part magical realism, part rumination on particle physics. Chin keeps the characters sounding vulnerable as two Chinese scientists grapple with their pasts and their ethics while madly working to create a new bomb that could destroy the world. This solid speculative fiction makes for good listening. B.P. © AudioFile 2018, Portland, Maine [Published: SEPTEMBER 2018]