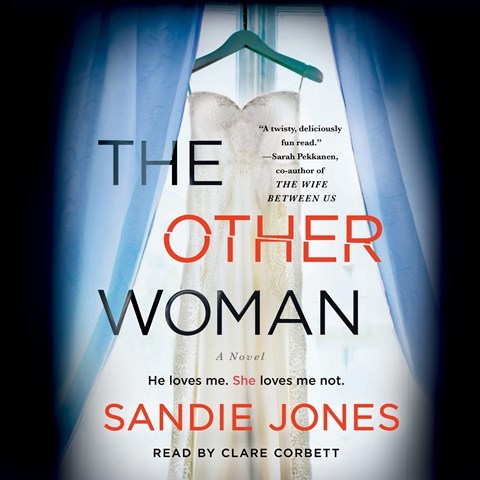 In this audiobook of psychological suspense, Emily meets Adam, her perfect man, and things go swimmingly until she meets his diabolical mother, Pammie. Narrator Clare Corbett gives each character in this engrossing thriller a genuine personality and unique voice. Adam growls at Emily for making a joke about his mother's taste in music and becomes enraged whenever she mentions Pammie's snide comments and passive-aggressive behaviors, which she exhibits only when Adam is out of earshot. When Emily meets Adam's younger brother, James, and finds him charming and "hot as hell," Corbett keeps the electricity sizzling. Corbett's portrayal of Pammie is treacly sweet and devious, and her Adam sounds frighteningly mercurial. She expertly delivers this debut novel's stunning final twist. A fun listen. S.J.H. Winner of AudioFile Earphones Award © AudioFile 2018, Portland, Maine [Published: OCTOBER 2018]