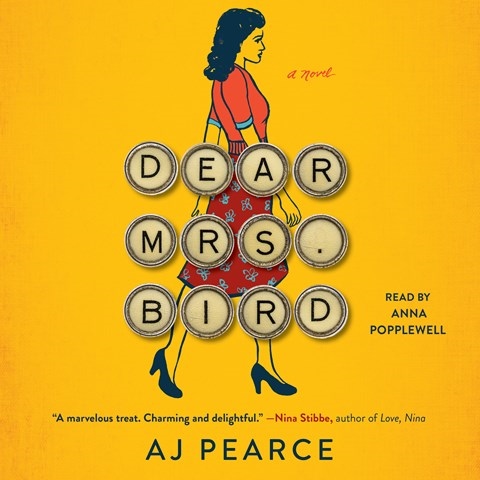 In a performance that transports the listener to WWII-era London, narrator Anna Popplewell becomes Emmy Lake who, like many others, is doing what she can to help the war effort. Emmy and her best friend live a carefree life, even while the Germans bomb the city. Emmy, whose greatest desire is to be a Lady War Correspondent, takes a job at a women's magazine, working under Mrs. Bird, a gregarious, assertive advice columnist. Ultimately, Emmy decides to respond to letters on "unpleasant" topics as if SHE is Mrs. Bird. Popplewell embodies Emmy and the sundry characters who are part of her world, both during carefree times and as they struggle with the devastation of the war. A thoroughly enjoyable listen. A.L.S.M. © AudioFile 2018, Portland, Maine [Published: AUGUST 2018]