Home»Reviews»THE LONELIEST GIRL IN THE UNIVERSE 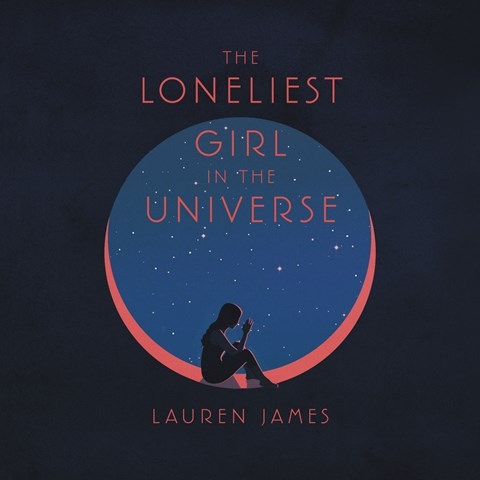 THE LONELIEST GIRL IN THE UNIVERSE

Lauren Ezzo's emotionally charged narration gets under the skin of Romy Silvers. The teenage daughter of astronauts, and the sole survivor on the Space Shuttle INFINITY, is traveling on a multi-decade mission to colonize Earth2. After her parents' deaths in space, her only contact with humanity is messages from NASA that have a two-year delay. When a newer, faster ship is sent to join her, she gets to know J., the first human she's ever met other than her parents. Ezzo lets Romy's mercurial moods infect the listener--the pain of her losses, the quickened speech and desperate whine of her occasional panic in the vastness of space, and the sweet glee of a girl getting to know a boy. As complications arise, Ezzo rockets toward the heart-stopping conclusion. S.T.C. Winner of AudioFile Earphones Award © AudioFile 2018, Portland, Maine [Published: AUGUST 2018]