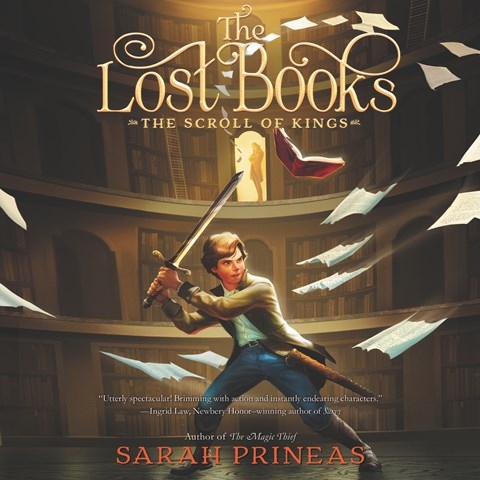 THE LOST BOOKS: THE SCROLL OF KINGS

Narrator Graham Halstead captures the insolent arrogance of 15-year-old Alex. This mystery is set in a fantasy world in which libraries are magical, dangerous places and books are alive, filled with malicious intent. When Alex lies his way into the job of librarian to the queen, he is warned that working there will probably kill him. But he's up to the challenge and works to save the kingdom against a mysterious foe. Halstead imbues his characters with personality--from the formal British accent of the young queen who is struggling to reign to the prim intonation of the court steward. But, strangely, Alex has a contemporary American accent, which makes his character seem out of place in the setting. S.C. © AudioFile 2018, Portland, Maine [Published: JULY 2018]