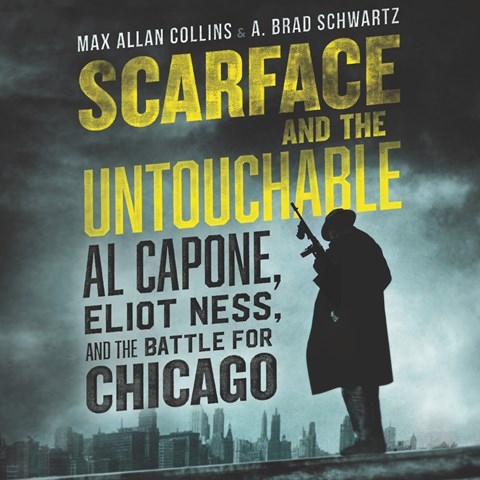 SCARFACE AND THE UNTOUCHABLE Al Capone, Eliot Ness, and the Battle for Chicago

This audiobook is a fascinating examination of the terrible times when the Mob ruled Chicago, with Stefan Rudnicki doing a pretty solid job of substituting for Walter Winchell's staccato "Untouchables" delivery. Thoroughly researched and expertly executed, the story's most surprising revelation is how little Eliot Ness and Al Capone had to do with each other. They met only once, and that was momentary. Yet the super-straight-shooting Ness made it his life's work to take down the illegal bootlegging operation that Capone headed but operated from a distance. The most revealing part of the audiobook is the incredible corruption that was rampant in Chicago at all levels of government during Prohibition. The chronological work follows the lives of the two men and is impossible to turn off. M.S. Winner of AudioFile Earphones Award © AudioFile 2018, Portland, Maine [Published: OCTOBER 2018]