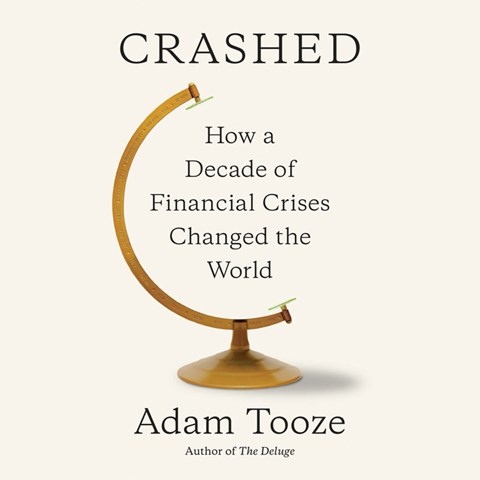 CRASHED How a Decade of Financial Crises Changed the World

If it isn't clear to you by now that the financial crisis of 2008 is still reverberating in the world's economic, political, and social realms, then this timely and fascinating audiobook will serve as a reminder. Everything from world trade to immigration and the rise of populism can be traced back to the Great Recession. The author credibly reads the introduction, using his British accent and earnest tone to set the literary table, but it's narrator Simon Vance's performance that provides the sound feast. Vance also has a British accent, and he pairs it with a smooth delivery to accentuate the sense of crisis. His voice is not elastic, but Vance is able to vary his reading enough to present the facts as a story, rather than simply a recitation of facts. R.I.G. © AudioFile 2019, Portland, Maine [Published: FEBRUARY 2019]