Home»Reviews»HOW TO LOVE A JAMAICAN 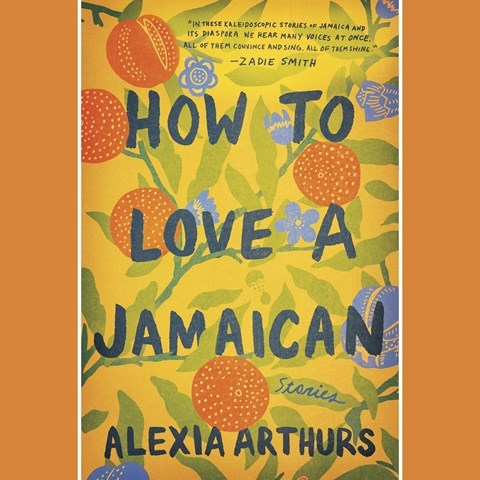 HOW TO LOVE A JAMAICAN Stories

This short story collection is a portrait of the island nation of Jamaica and her exiles in America. A talented cast, including Janina Edwards, Adenrele Ojo, Dominic Hoffman, and James Fouhey, creates the rich tapestry of these lives with their voices. The production's female narrators work to show the emotional struggles of immigrant women who are battling identity politics in New York. Hoffman's rich baritone has a joking tone as he explores a twin's jealousy of his brother's success. And Fouhey brings a melancholic undertone to the angst of a young man who is sent abroad by his mother and brought home years later, only to find they're strangers to each other. From story to story, listeners hear the hopes and heartbreaks of families separated by distance and regret. M.R. © AudioFile 2018, Portland, Maine [Published: OCTOBER 2018]