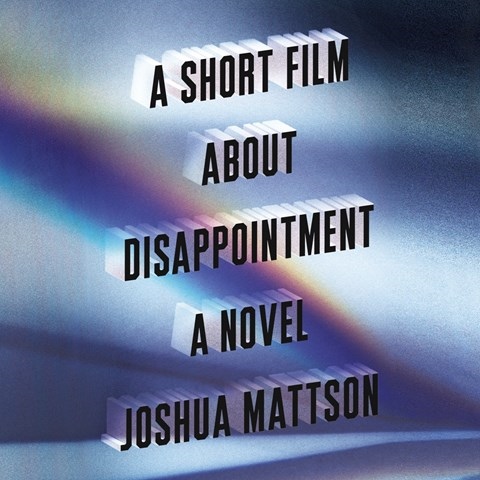 A SHORT FILM ABOUT DISAPPOINTMENT

Like the disembodied voice of a movie trailer, Ari Fliakos's deep and raspy voice draws listeners into this quirky yet melancholy story. Noah Body is a film critic in a future dystopia in which life is no better than the mind-numbing films he reviews. Performing the Sisyphean task of reviewing all the films no one wants to watch or read about, Noah infuses his reviews with commentary about his own life as he tries to dispossess himself of his ex-wife's lover, perpetuate a petty feud with an unnecessary nemesis, woo his doctor, and make a "real film." Fliakos uses a straightforward tone that contrasts with ridiculous situations, giving a sense of normalcy while also portraying the unfiltered reactions of the story's characters--or victims, as the case may be. L.E. © AudioFile 2018, Portland, Maine [Published: OCTOBER 2018]