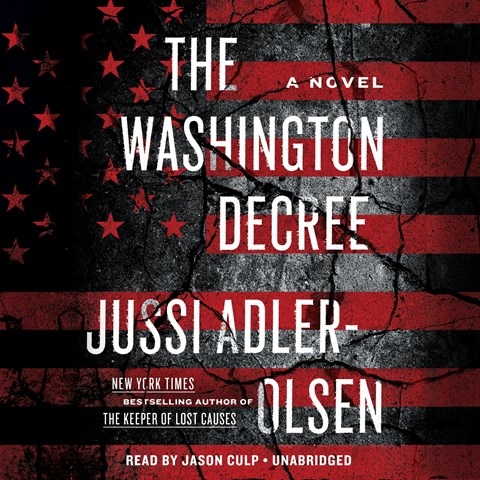 Originally published in 2006, this Danish political thriller now has an English translation, with Jason Culp narrating the audio edition. Former Virginia governor Bruce Jansen wins the 2008 presidential election. Having lost two wives to public assassinations, he then enacts drastic executive orders to reduce gun violence, in turn stripping away many personal freedoms. The result is, somewhat predictably, pandemonium. Culp's precise reading and taut pacing will help listeners wade through an increasingly convoluted plot. Some other blemishes--like the nauseatingly named protagonist, Doggie Curtis--are no fault of Culp's. He generally manages to flesh out the central characters, all of whom spend many years in Jansen's orbit. Culp's performance is compelling enough to recommend this audiobook, uneven and unwieldy as it may be. A.T.N. © AudioFile 2018, Portland, Maine [Published: SEPTEMBER 2018]