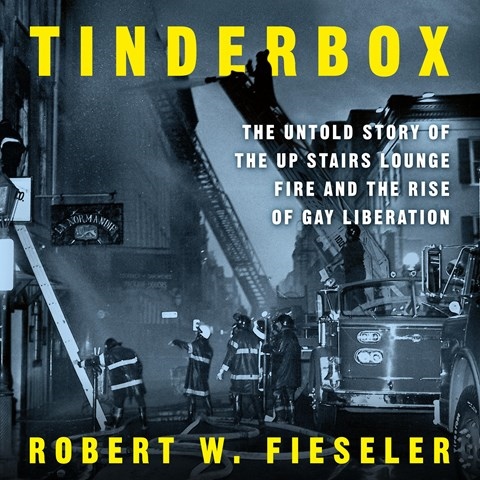 With minimal emotional inflection, Paul Heitsch narrates this account of the fire that led to the rise of the gay liberation movement. On June 24, 1973, 31 men and one woman perished in an arson fire at The Up Stairs Lounge, a New Orleans bar. It was the worst attack against gays until 2016. Time and again, descriptions of the dead, dying, and burned are juxtaposed with news accounts of the events. At a time when many gays were closeted, the fire affected families and lovers alike. Heitsch tenderly and tirelessly brings the horrendous fire and the sometimes callous attitudes toward gays to life, imbuing his narration with great sensitivity. His performance raises awareness of this turning point in contemporary gay history. Note: Descriptions of the fire, trapped patrons, and survivors' burns are graphic. M.B.K. © AudioFile 2019, Portland, Maine [Published: JUNE 2019]