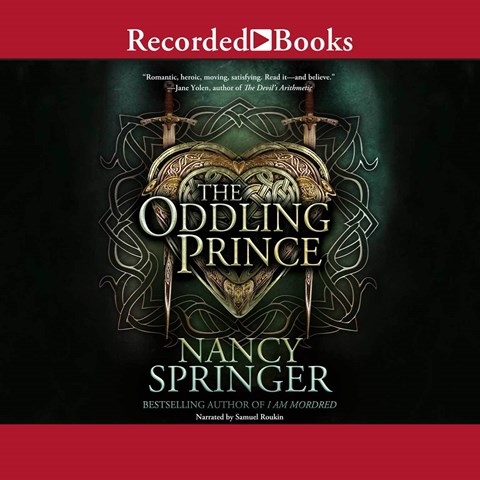 Samuel Roukin narrates Springer's new stand-alone fantasy with a measured cadence that suits novel's epic tradition. When a mysterious and magical stranger appears to save Calidon's dying king, the noble young prince discovers he has a half-fae brother. Roukin's voice suits the kind and honorable Prince Aric, never wavering even as the king begins to devolve into an angry tyrant, refusing to acknowledge his secret son's legitimacy and almost plunging the kingdom into war. As their family bonds are sorely tested, Roukin infuses the king's gravelly voice with unquenchable rage. Folklore fans will enjoy exploring the triumph of love over jealousy and betrayal in an ancient Scottish setting. J.M. © AudioFile 2018, Portland, Maine [Published: OCTOBER 2018]