Home»Reviews»NOW IT CAN BE TOLD 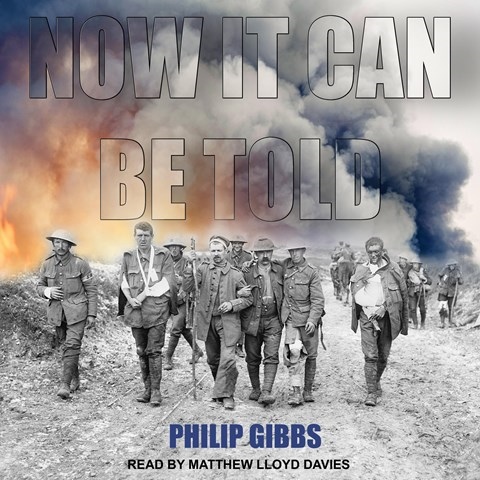 NOW IT CAN BE TOLD

Matthew Lloyd Davies gives a splendid reading of Sir Philip Gibbs's classic narrative of WWI. Gibbs, a journalist and prolific writer with close to 80 titles, was one of five official reporters for the British Army during the war. Most of his published work concerned the Great War, and at least nine have been adapted for the screen. This particular work, which focuses on the realities of war in the UK, was published in 1920 and, while it praises the common "Tommy," is unflattering of British Commander-in-Chief Sir Douglas Haig and his staff. Davies's somewhat understated delivery is clear and expressive--he even affects a German accent for quotes attributed to Kaiser Wilhelm's soldiers. Reading the text in phrases, he gives the production a Hemingwayesque quality. M.T.F. © AudioFile 2019, Portland, Maine [Published: APRIL 2019]