Home»Reviews»HOW TO MARRY A WEREWOLF 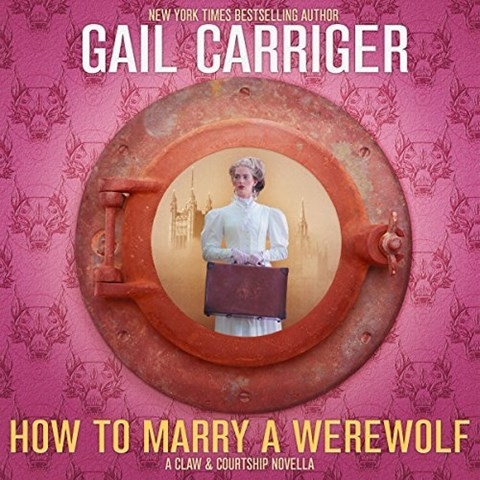 HOW TO MARRY A WEREWOLF Claw & Courtship Novella, Book 1

Narrator Emma Newman narrates a fun romp through supernatural London. A disgraced American socialite and a pompous British werewolf find love, despite the odds stacked against them. Newman delights in the silly excesses of the story but adopts a serious tone when needed. Both Faith and Channing have been deeply hurt before, and Newman portrays their pain with empathy and compassion. Secondary characters are also well developed: a vague chaperone who becomes fiercely protective; a dandy who is also a werewolf alpha; and awful, miserly parents who are even more awful and miserly than they first appear. Newman's American accents tend to sound a little flat, but the story itself is charming enough that this can easily be forgiven. K.M.P. © AudioFile 2018, Portland, Maine [Published: AUGUST 2018]