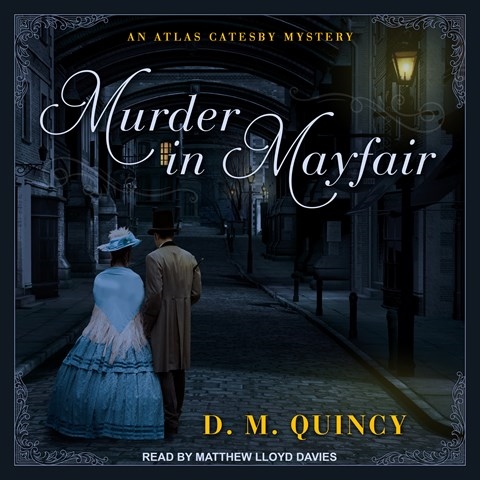 Narrator Matthew Lloyd Davies takes listeners to the Regency era with his strong performance. Davies portrays Atlas Catesby with an expressive voice, making the listener feel Atlas's outrage over Godfrey Warwick's attempt to sell Mrs. Warwick, his own wife, to the highest bidder. Then the listener feels Atlas's bewilderment over Mrs. Warwick's desire to return to her husband--until he learns that Warwick has her two boys. It comes as no surprise when Warwick is murdered. Davies assists in overcoming some inaccuracy in the historical context with his credible acting. He draws the listener into the story's romance, making listeners root for the couple's future together. A compelling performance. V.M.G. © AudioFile 2018, Portland, Maine [Published: JULY 2018]