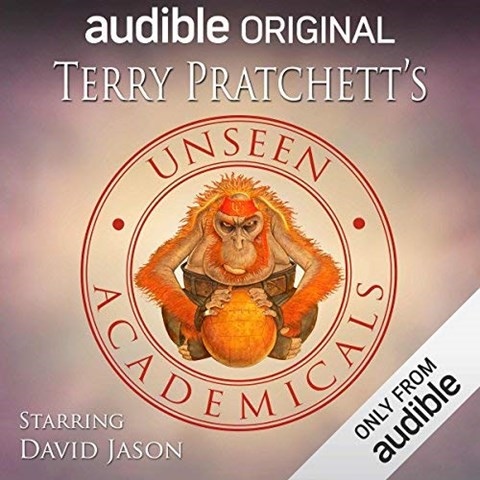 This rambunctious ensemble production is an adaptation of Terry Pratchett's 37th Discworld novel. An oddly polite stranger, portrayed by Keith Wickham, arrives in the grimy capital city of Ankh-Morpork. He's just in time to help rewrite the rules of soccer, introduce a gorgeous young woman to the world of dwarfian fashion modeling, eat a few pies, and, of course, skewer the fine traditions of stuffy, old universities. The versatile David Jason leads a stellar cast of top-notch British comic actors as vampires plot, trolls stand their ground, and romance blossoms. The music and sound effects are imaginative and spot-on. There's plenty of cheering throughout and plenty to cheer about in this fast-paced satirical production. B.P. Winner of AudioFile Earphones Award © AudioFile 2018, Portland, Maine [Published: OCTOBER 2018]