Home»Reviews»THE RETURN OF THE RIPPER 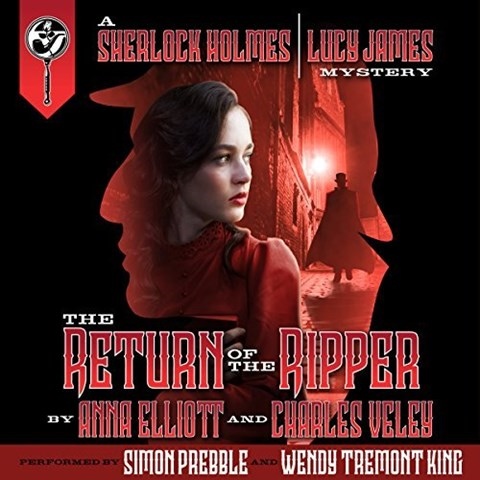 THE RETURN OF THE RIPPER The Sherlock Holmes and Lucy James Mysteries, Book 7

Between them, Simon Prebble and Wendy Tremont King offer an engaging rendition of the seventh in this series about Sherlock Holmes and his American daughter, Lucy--written by a father-daughter writing team. It's 1897. Holmes is asked to investigate the a diamond theft. Watson is assisting a school for impoverished girls. And everyone, particularly the redoubtable Lucy, has noticed that women are being killed in a manner reminiscent of the Ripper killings 17 years before. King, who carries the bulk of the narration, and Prebble, who voices the chapters told by Watson, do a fine job keeping the story's intertwining threads untangled while developing audibly unique characters. Sometimes King's English accent slips, but no matter. This is an entirely diverting listen. A.C.S. © AudioFile 2018, Portland, Maine [Published: AUGUST 2018]