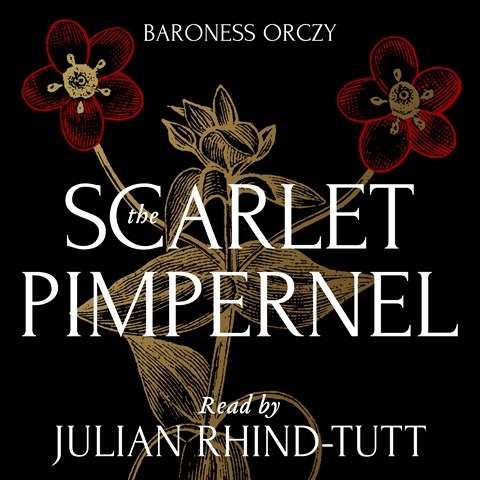 Julian Rhind-Tutt sounds as if he's having as much excitement as the Scarlet Pimpernel in this classic adventure novel, which means that listeners do, too. A quick reminder: During the French Revolution, a disguised Englishman is saving French aristocrats from "Madame Guillotine" and secreting them to safety. Who could he be? Will they catch him? And how can one narrator be French, English, male, female, young, and old, as needed? Easily, evidently, as Rhind-Tutt offers expansive vocal studies of the central figures and quick sketches of the passersby. His voice is melodious, and his pacing suits the tempo of the scene, be it love or chase. Is the book overwritten? Yes. Is it fun anyway? Yes. And it started a literary trend. Just enjoy. A.C.S. Winner of AudioFile Earphones Award © AudioFile 2018, Portland, Maine [Published: AUGUST 2018]