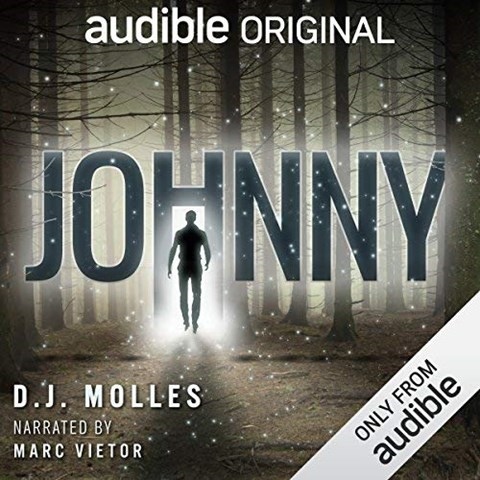 Marc Vietor narrates Johnny's earthly adventure in a deep, sombre tone reminiscent of the voice-overs of televised stories of extraterrestrials. His dispassionate inflection conveys the captive Johnny's detachment from the federal agents and scientists who are attempting to study him. As his detainment lengthens and lead agent Saul loses patience, Vietor's inflection becomes colored with hostility. When Johnny and the human he's formed a bond with manage to escape, Saul slowly devolves into a dark state of paranoia and murderous rage. Though Vietor does not significantly differentiate secondary characters, his portrayals of the resigned alien and the berserk agent make this alien breakaway compelling listening. J.M. © AudioFile 2018, Portland, Maine [Published: NOVEMBER 2018]