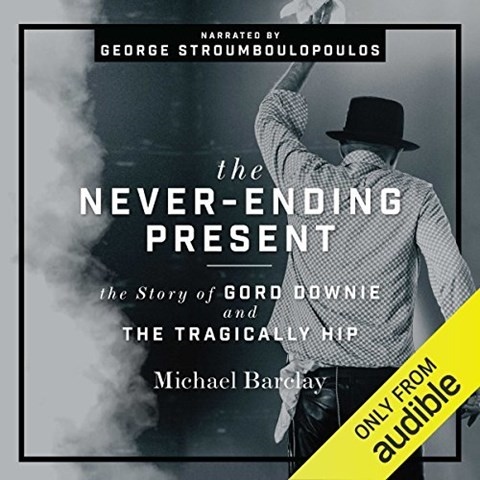 Relatively unknown in the U.S., the rock band known as the Tragically Hip is wildly popular in their native Canada. They achieved mythic status during their final tour in 2016, when their singer, Gord Downie, was suffering from terminal brain cancer. George Stroumboulopoulos, a TV and radio broadcaster who knew the band well, is the ideal voice for this comprehensive chronicle of their thirty-year career. Especially for a first-time audiobook narrator tackling a long read, his delivery is polished, his pace is consistent, and he imparts just the right amount of passion. Like Downie's lyrics, this biography is replete with Canadian references that will be lost on most American fans. But like great music, a masterful narration crosses the cultural divide and stands on its own. D.B. Winner of AudioFile Earphones Award © AudioFile 2018, Portland, Maine [Published: SEPTEMBER 2018]