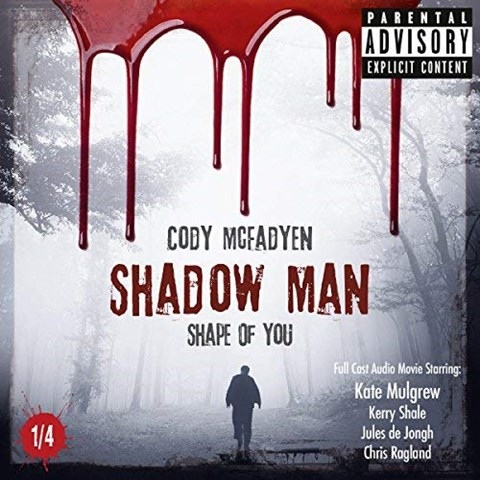 With her distinct voice and iconic presence, narrator Kate Mulgrew brings a layered human intensity to the role of FBI agent Smoky Barrett, who once had a reputation for taking down the worst of the worst criminals. This adaptation of Cody Mcfadyen's international bestselling Shadow Man series has gathered together a fine group of characters actors to back Mulgrew. Smoky has been sidelined since she lost her family and almost lost her life to a crazed serial killer. Now a new and even more diabolical murderer has appeared on the scene, and Smoky wants back in. Listeners, be warned, the "Parental Advisory: Explicit Content" label is there for a reason. The story's extreme violence may be unsettling to some listeners. B.P. © AudioFile 2018, Portland, Maine [Published: SEPTEMBER 2018]