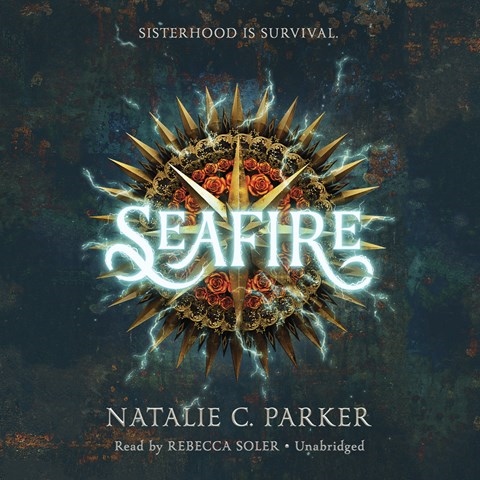 Rebecca Soler narrates with a driving force that captures the tone of the first in a female pirate series. Caledonia Styx is the daughter of a fierce pirate mother who demands that Caledonia become tough to protect herself against a ruthless warlord and his savage army. In a fiery encounter, Caledonia is critically wounded and her family slaughtered. Saved by her best friend, she seeks revenge. Four years later, Caledonia has put together a new crew, and Soler's tone ramps- up as they face challenges aplenty. Soler's pacing emphasizes the nonstop action, and her pauses add depth to tender moments. The ending is abrupt but will leave listeners eager for the next in the series. S.W. Winner of AudioFile Earphones Award © AudioFile 2018, Portland, Maine [Published: SEPTEMBER 2018]