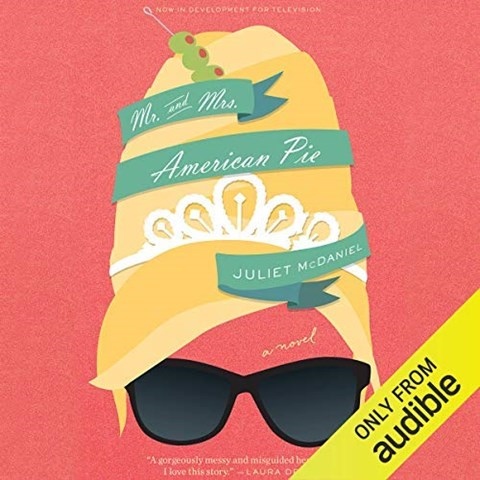 Sarah Mollo-Christensen and Jonathan Todd Ross perfectly narrate this hilarious story. Maxine's husband blindsides her by telling her he's leaving, and her Thanksgiving meltdown goes from comic to tragic in front of Palm Springs socialites. Beginning anew in Scottsdale, Maxine isn't about to abandon her sense of style and takes to drinking to get through the ordeal. Soon, she befriends a bar owner named Robert. Mollo-Christensen instills smugness and frustration with every huffy stream of profanity that comes from Maxine. Ross voices Robert in a calm and collected tone and gives an adolescent neighbor excited bursts of speech. Maxine builds an unlikely family while working toward her goal of winning a pageant. Hers is a delightfully vivid journey with expertly voiced characters. A.L.C. © AudioFile 2018, Portland, Maine [Published: DECEMBER 2018]