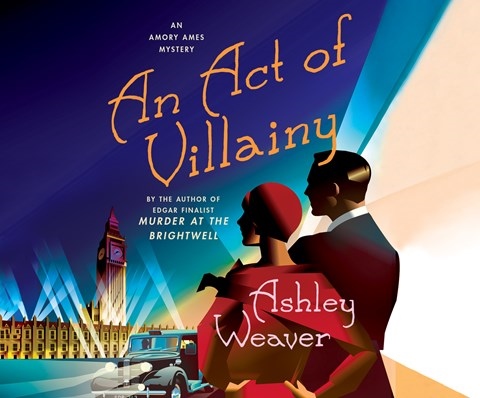 Narrator Alison Larkin delivers the sixth in a series that sounds like it comes from the Golden Age of mysteries. In 1930s London, Amory Ames and her husband, Milo, are leaving a West End theater when they run into Gerard Holloway, who is about to open his own play, starring his mistress, Flora Bell. Larkin delivers the tension as the theater couple declare they need the Ames's help: Flora is receiving threatening letters. When Amory finds Flora murdered, she and Milo are determined to identify the killer. Larkin makes a smart decision not to overemote. Instead, she allows the text itself to build the drama. Her male characters are more convincing than her females, who become a little shrill at times, but the story's conclusion is satisfying. V.M.G. © AudioFile 2018, Portland, Maine [Published: OCTOBER 2018]