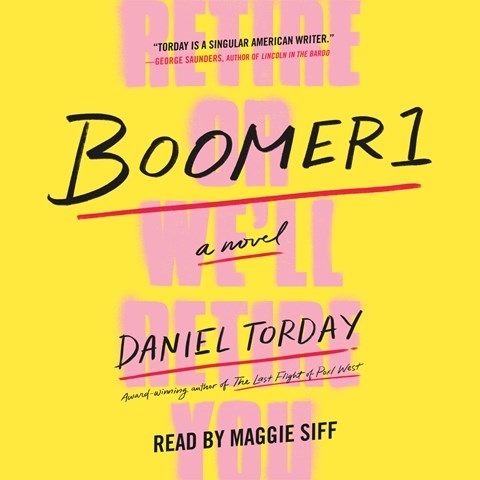 Maggie Siff glows in her narration of this contemporary fiction. After Cassie refuses Mark's proposal, they still have to work together as bandmates. Then, Mark moves back in with his parents while Cassie begins a new career in online media. Mark struggles to find a job and eventually gets in a fight with a former teacher, which prompts him to begin an online revolution against the Baby Boomer generation. Meanwhile, his mother reminisces over her life as a struggling musician in the '60s and copes with having her son living at home again. Siff seamlessly portrays these three distinct personalities. She depicts the anger and drive of the Millennials and reflects sympathy and kindness for the Boomer parents. G.M. Winner of AudioFile Earphones Award © AudioFile 2018, Portland, Maine [Published: DECEMBER 2018]