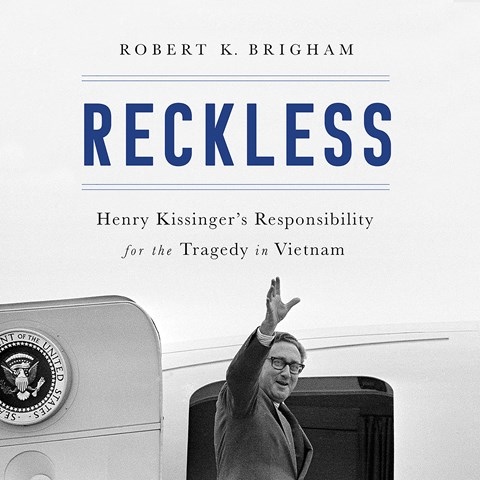 RECKLESS Henry Kissinger and the Tragedy of Vietnam

This audiobook, based on newly released archival material, helps to explain, in part, why the war in Vietnam became the morass it was. The documents reveal that Henry Kissinger, the supposed architect of peace, actually caused the war to be extended by thousands of lives and millions of dollars. Narrator Jeff Bottoms sets the perfect tone for this indictment of the lead U.S. negotiator, who always considered himself the smartest man in any room. Bottoms sounds cool and analytical as he provides the knowing voice of hindsight. Listeners can hear the author's disapproval of the political infighting that exacerbated the conflict. This fascinating study shows the ill-conceived steps that led down the path to ignoble American defeat. It's a shame that today's U.S. decision-makers have learned little from this cautionary tale. D.E.M. © AudioFile 2018, Portland, Maine [Published: DECEMBER 2018]