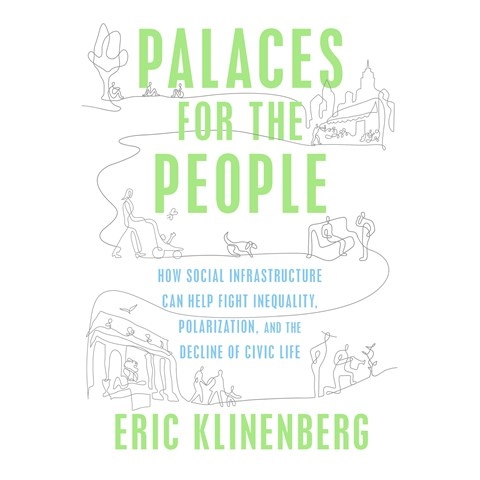 PALACES FOR THE PEOPLE How Social Infrastructure Can Help Fight Inequality, Polarization, and the Decline of Civic Life

Sociologist Eric Klinenberg wants listeners to understand his call for a national investment in social infrastructure, the environment that affects our human interactions. Narrator Rob Shapiro makes Klinenberg's pitch in a gentle, generally upbeat tone. Listeners will be intrigued as he details plans for projects involving libraries, schools, and abandoned properties. He also describes projects already at work, those involving New York subway riders, for example. Shapiro reveals the author's cynicism when talking about political polarization, gated communities, and the private social infrastructure he sees surrounding the headquarters of that most ostensibly social of companies-- Facebook. Klinenberg's writing, Shapiro's narration, and the stories of projects from around the globe are likely to pique many listeners' interest. J.A.S. © AudioFile 2018, Portland, Maine [Published: OCTOBER 2018]