Home»Reviews»ON THE OTHER SIDE OF FREEDOM 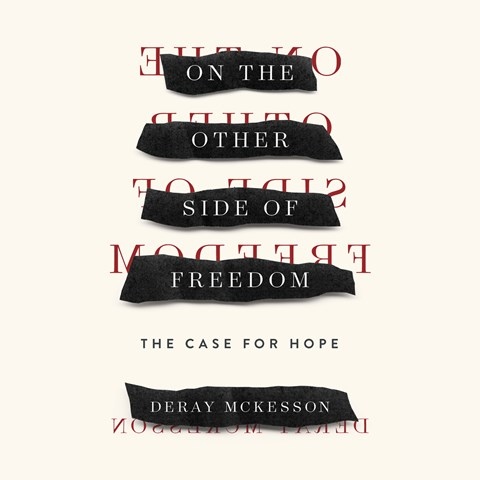 ON THE OTHER SIDE OF FREEDOM The Case for Hope

DeRay Mckesson's lilting voice can be hypnotic and endearing as he narrates this mixture of memoir and call to action. He explores how he decided to stand at the front lines in the Ferguson, Missouri, protests and ultimately quit his job to pursue greater racial equality through the Black Lives Matter movement. Whether he's discussing the police misconduct he witnessed, his own insecurities, or the amazing mentors, friends, and heroes he’s met along the way, Mckesson’s energy proves warm and positive. His is a welcoming tone, given the ugliness he and others have experienced in the face of structural inequality. Even when recounting his darkest experiences, Mckesson avoids too harsh a tone so as to keep his narration in line with the hopeful message of his prose. L.E. © AudioFile 2018, Portland, Maine [Published: DECEMBER 2018]