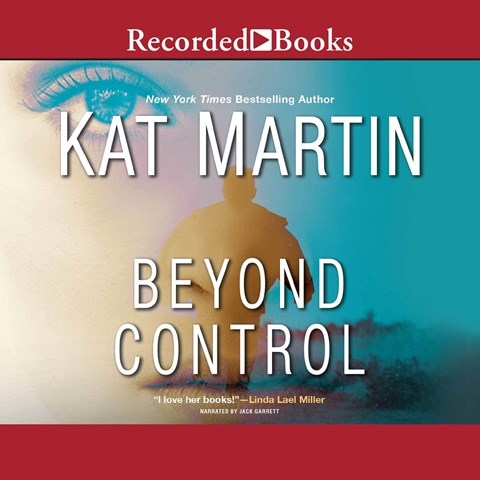 Narrator Jack Garrett enlivens this audiobook with his exemplary portrayals of both Josh Cain and Tory Bradford. This story speeds along in an almost seamless fashion for its listening audience. Redheaded Tory, who is characterized in a soft, throaty voice, runs from an abusive ex-fiancé. Her trail intersects with Josh in Texas, where he is rebuilding the Iron River Ranch. Josh is a military hero with a deep, low Western drawl that seems to caress Tory whenever he interacts with her. That whiskey-rough voice conceals a man who is recovering from war but is no less willing to fight to protect Tory. This romantic suspense is well worth listening to. A.M.G. © AudioFile 2018, Portland, Maine [Published: OCTOBER 2018]