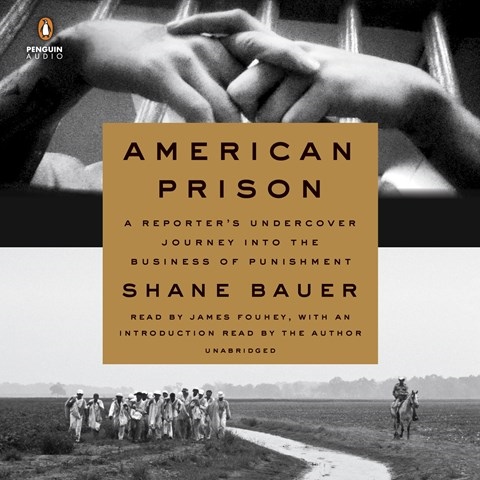 AMERICAN PRISON A Reporter's Undercover Journey into the Business of Punishment

This has to be one of the best nonfiction audiobooks of the year, with a narrator performance to match. Bauer, a journalist, went undercover to take a job in a Louisiana prison run by Corrections Corporation of America. The result is an important, riveting look at what the United States is doing to people who are incarcerated or who work in the for-profit incarceration industry. James Fouhey is an utterly compelling narrator, partly because he has so many voices to work with--those of Bauer, other guards, inmates, even the corporate executives. Mostly though, Fouhey is captivating because he convincingly portrays people of different races, genders, and educational levels without a false note. A first-rate listen. G.S.D. Winner of AudioFile Earphones Award © AudioFile 2018, Portland, Maine [Published: NOVEMBER 2018]