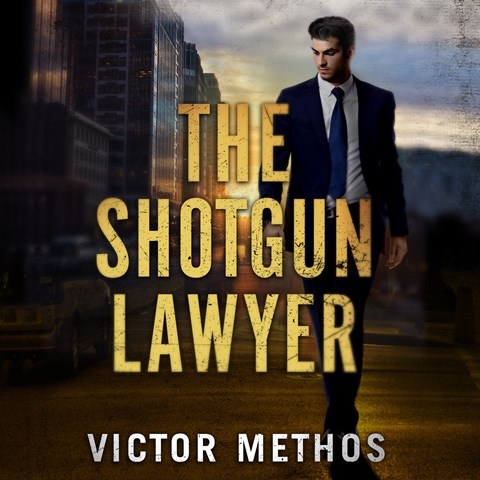 by Victor Methos | Read by Will Damron

Will Damron is the perfect narrator for the newest audiobook by Victor Methos. Part legal thriller, part social commentary, the story introduces well-developed characters and a timely plot. In many ways, Peter Game is an example of the worst stereotypes about "ambulance chaser" lawyers--he is arrogant, aggressive, and showy. However, he also proves to be brilliant, hardworking, and compassionate. Damron expertly voices all of the complicated and interconnected parts of Game's personality and those of a wide cast of supporting characters. Game is hired by the mother of one of the victims of a school shooting to take on the gun manufacturer. In doing so, the audiobook takes strong positions on gun control, politics, lobbyists and the consequences of violence. K.S.M. © AudioFile 2019, Portland, Maine [Published: JANUARY 2019]