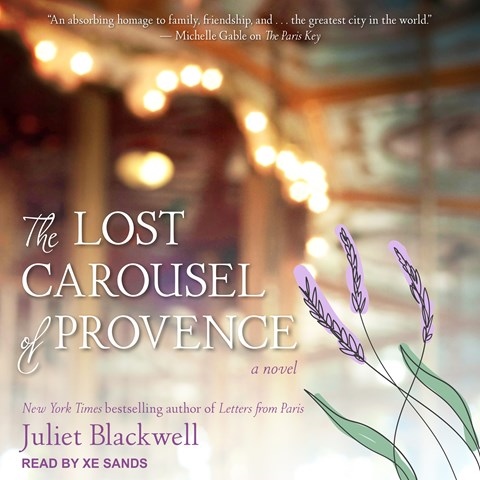 THE LOST CAROUSEL OF PROVENCE

When American photographer Cady Drake goes to France to document historical carousels, she finds meaning in her own life and brings the dysfunctional Clement family back together. Narrator Xe Sands portrays the awkward and rootless orphan Cady with sympathy and heart. The complicated story has many characters, both past and present, but Sands keeps everyone straight with a range of voices and American and French accents. The listener can visualize gruff master carver Monsieur Bayol; determined apprentice Maillol; flirtatious carver Leon; disillusioned Jean-Paul, heir to the dilapidated Chateau Clement; and cranky, old hermit Fabrice, who lets Cady into his home. The story unfolds against a ghostly backdrop of magical creatures turning circles aboard a ruined carousel. J.E.S. © AudioFile 2018, Portland, Maine [Published: NOVEMBER 2018]