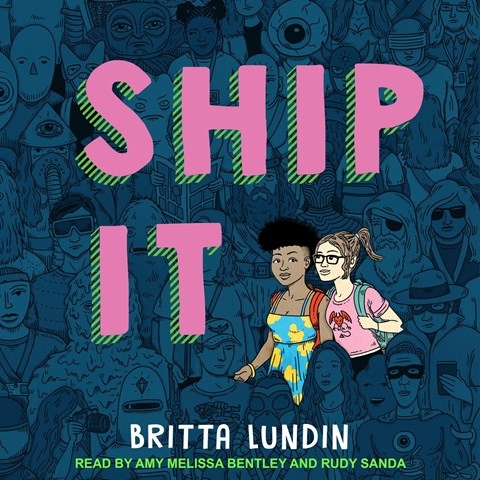 The story follows a sci-fi TV star and a girl who writes fanfiction about his show. Narrator Amy Melissa Bentley portrays Claire, who wants the romantic relationship she imagines between two male protagonists on the show to become official. Bentley's performance gives Claire a lively excitement, showing how dedicated she is to her fictional world-building. The TV star Forest, whose part is narrated by Rudy Sanda, doesn't like the fictional relationship Claire has created. Sanda masterfully creates unique voices for each character, especially as he differentiates the TV stars from their TV characters. When Claire and Forest tour Comic-Cons together, both will have to overcome their own challenges and assumptions. This YA novel has heart and humor that anyone in any fandom will appreciate. A.G.M. © AudioFile 2019, Portland, Maine [Published: OCTOBER 2019]