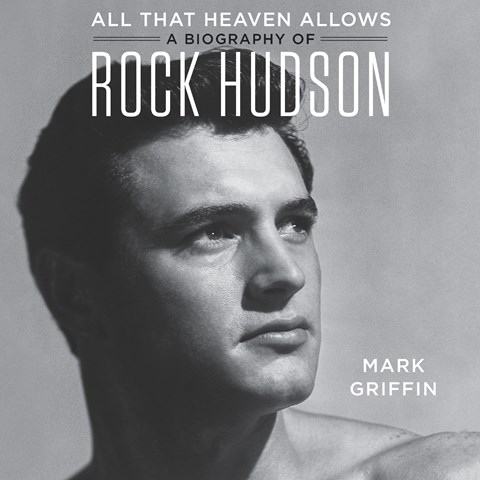 ALL THAT HEAVEN ALLOWS A Biography of Rock Hudson

While Mark Griffin's carefully researched story of Rock Hudson's life is not very enjoyable in the usual sense because of its multilayered sadness, Jeremy Arthur's skillful narration makes the biography quite moving. While shedding little new light or additional information, it is still a cut above many other Hudson bios in its refusal to exploit scandal or salaciousness. Arthur accomplishes the greatest narration task of all--he disappears into the story. The volume's title refers to one of Hudson's breakthrough dramatic roles, after which Hollywood studios and audiences began to take him more seriously. Arthur's inflection and tonality are quite consistent and without much acting out of the roles. The film icon's tragic life as a semi-closeted gay man naturally unfolds. Perhaps the greatest of the concluding points is a discussion of how Hudson's death would bring attention to the AIDS crisis. This audiobook is well worth a sobering listen. W.A.G. © AudioFile 2018, Portland, Maine [Published: DECEMBER 2018]