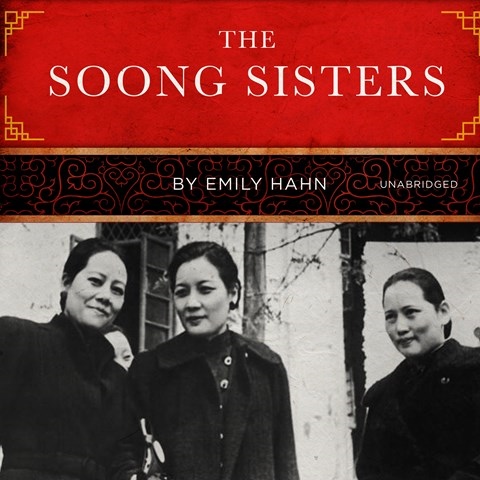 Nancy Wu narrates this historical biography with little emotion or engagement. The work recounts how three daughters of American-educated Chinese businessman and Methodist missionary Charlie Soong became influential in the twentieth-century history of China. The three sisters, Soong Ai-ling, Soong Ching-ling, and Soong Mei-ling, were themselves products of American education and became prominent and outspoken supporters of their own visions of a modern-day China through marriages to politically powerful husbands. With similar names, no vocal distinction between the sisters, and more focus on history than on biography, the listener is challenged to stay focused throughout this long work. Originally published in 1941, the saga stops short of the division of China into Communist and Nationalist entities. N.E.M. © AudioFile 2019, Portland, Maine [Published: FEBRUARY 2019]