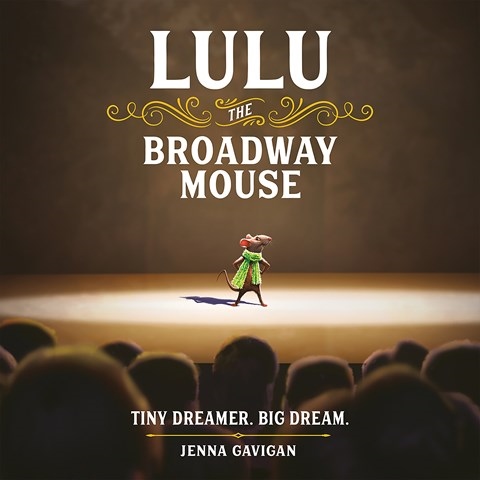 Actress--and now children's author--Jenna Gavigan brings youthful energy to her animal and human characters, especially Lucy Louise, the chatty, precocious first-person protagonist. Lulu is a mouse who lives at the Shubert Theatre in New York City and dreams of starring on Broadway. It seems unlikely, but humans accept her without question. She spends as much time as possible assisting the crew and performers backstage, and when a kind, new understudy named Jayne arrives, she and Lulu become fast friends. Lulu helps Jayne overcome her stage fright; handle difficulties with the mean girl child actor, Amanda; and achieve Broadway debuts for them both. Kids with their own Broadway dreams will love Lulu's enthusiasm and insider knowledge of the theater world. S.C. © AudioFile 2018, Portland, Maine [Published: NOVEMBER 2018]