Home»Reviews»STORIES FOR BOYS WHO DARE TO BE DIFFERENT 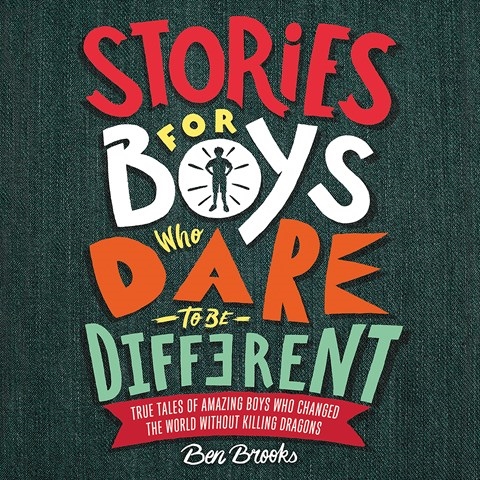 With their crisp British accents and forthright tones, Thomas Judd and Joshua Higgott deliver a solid performance of this audiobook. The production highlights a broad range of masculinity as it examines the achievements and contributions of men and boys from many different backgrounds. This U.K. version has 100 diverse biographies that will broaden the scope of imagination and inspiration for listeners of all ages. Listeners are introduced to lesser-known attributes of well-known figures, such as Barack Obama, and to lesser-known individuals whose attributes deserve consideration, such as Charles Fourier. (Who? Who indeed!) Each breezy biography lasts less than two minutes, so it helps that Judd and Higgott alternate every few entries to allow a natural flow to develop within the impressive density. A.S. © AudioFile 2018, Portland, Maine [Published: DECEMBER 2018]