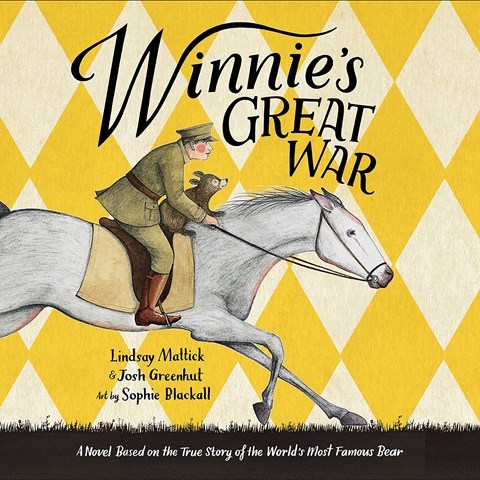 Kathleen McInerney narrates the expanded true story first revealed in the picture book FINDING WINNIE. Told from Winnie-the Pooh's perspective as a cub, the story begins as he is orphaned and bought by a Canadian soldier. From there, he sails to Europe and finally comes to the English zoo where A.A. Milne, the author of WINNIE-THE-POOH, brought his son. McInerney performs the frame story of the soldier's granddaughter telling her son about his bear. Her tender tone softens the harsher moments dealing with the cub's mother dying and the trials of war. She moves back and forth from the playful voices of the animals that Winnie meets along the way and the considerate mother pausing the story to give context. McInerney finds a bittersweet balance between the animal fantasy and WWI. S.T.C. © AudioFile 2018, Portland, Maine [Published: NOVEMBER 2018]