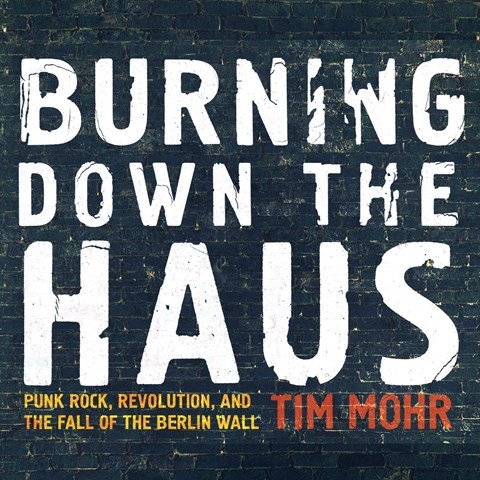 BURNING DOWN THE HAUS Punk Rock, Revolution, and the Fall of the Berlin Wall

This audiobook is an amazing piece of work. Narrator Matthew Lloyd Davies's delivery could only have been made better with snippets of the punk songs that inspired a generation to defy the tyranny of the East Berlin regime in the 1980s. Davies provides a sincere narration. While Americans enjoyed the music of the Sex Pistols, the Ramones, and others, young East Berliners lived it, facing arrest and prison for listening or even for wearing strange clothing. This is a story few have heard, told with with enough authority and outrage to inspire people to fight for what they believe in, as the East Berliners did. Despite persecution, they eventually succeeded in tearing down the Berlin Wall that separated East from West. Punk music truly helped free a nation. M.S. Winner of AudioFile Earphones Award © AudioFile 2019, Portland, Maine [Published: JANUARY 2019]