Home»Reviews»LONDON LABOUR AND THE LONDON POOR 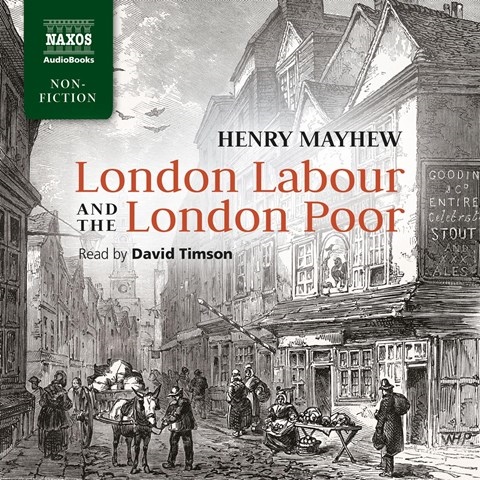 LONDON LABOUR AND THE LONDON POOR

Narrator David Timson takes three tacks in performing this classic of Victorian political economy and sociology. He delivers the modern editors' notes and introduction with vigorous clarity. He reads Mayhew's text with similar energy but with more feeling and with an orotund, occasionally jocular tone, as if Mayhew were a Dickens character. And for the heart of the book--the testimony of the poor, who are answering interview questions--he not only gives each person their own voice and accent, but he also uses tone and manner to exhibit their character and emotional state, giving, in effect, a multitude of dramatic monologues that are revealing, informative, and often greatly affecting. Overall it's a performance--a series of performances--of impressive creativity, sensitivity, and skill, a remarkable tour de force. W.M. Winner of AudioFile Earphones Award © AudioFile 2019, Portland, Maine [Published: FEBRUARY 2019]